Sponsored by Welttierschutzgesellschaft e.V, daily work is done by Dr Renee Van Rheede Van Oudtshoorn and her extremely dedicated team of volunteers in numerous townships and informal settlements in South Africa. They work from a make shift caravan mobile theatre as well as walking on foot between shacks to educate animal owners within their own environment. The emphasis on teaching people to take care of their animals within the means available to them ( i.e. belts as collars instead of wires, local shrubs and herbs as insect repellents, running lines for dogs tied up etc).

They spend hours per week not just sterilising and vaccinating animals, but also educating in animal care in schools and communities. This team firmly believes in improving human lives by job creating projects and education in these communities as well as teaching empathy towards animals by setting daily examples. In this way, the future generations of South Africa, the children develop a healthy relationship with the animals around them. Instead of then seeing the animals as objects to vent their frustrations on, caused by the harsh life in the impoverished African communities, they now see animals as their sanctuary, improving the children’s mental and emotional health and automatically leading to better animal welfare in these regions.

The CVSSA team has also taken hands with SPCA, assisting this NGO by supplementing their services by supplying vaccination and sterilisation campaigns.

This project has been running since 2007 and has been the pilot project. We are in the maintenance phase in this community.

This is our second project and there is still quite lot of work to be done. This community is also expanding rapidly and the workload is increasing.

These two areas consist of tin shacks with no sewage.

We are excited about this area as it will be our first partnership with a black student organisation. We will be supporting and guiding them, they will initially be responsible for education within their own communities. 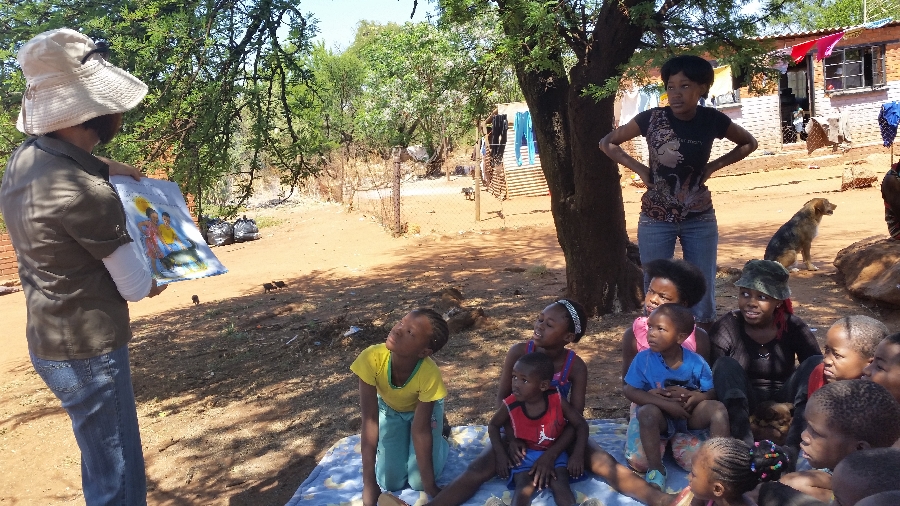